You can unite two or more lists. New list will contain every email from any of the united lists. 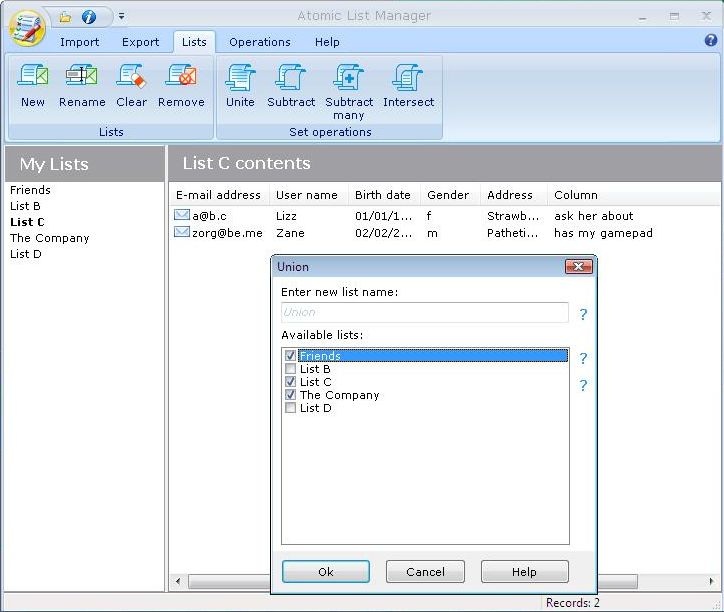 The selected (checked) lists are simply merged into the list Union: it is default name, if you bother, you can change it. 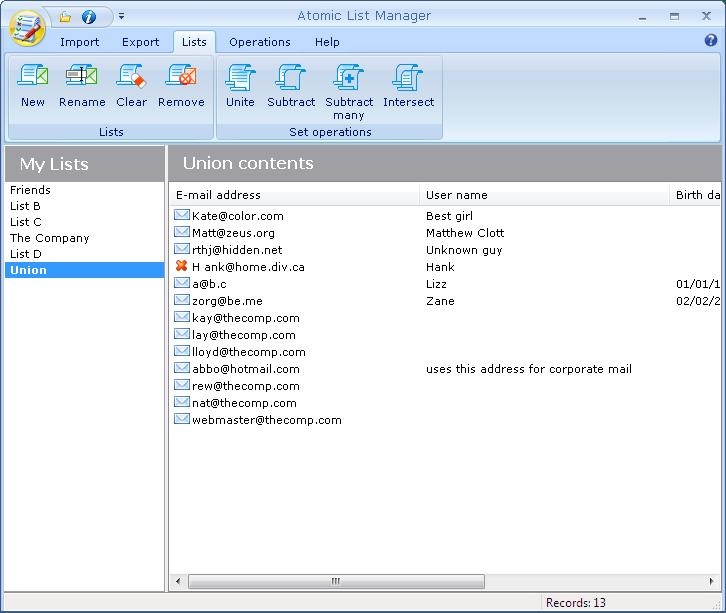 There may be a lot of columns in the result if columns have different names. It is better to give the columns with the same meaning the same names, so that Atomic List Manager could put them together. In this example "User name"-s from different lists were put in one column, and columns with other names were created even if there was only one list with such a column.