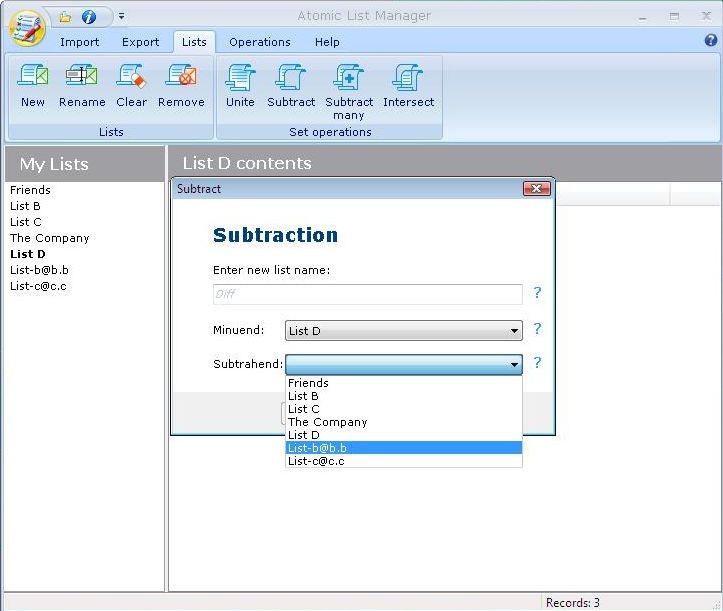 You select the minuend in the upper dropdown menu and subtrahend in the lower one.


Emails are supposed to be case insensitive: "A@a.a" in the first list is not included in the result if there is, for example, "A@A.A" in the second list.